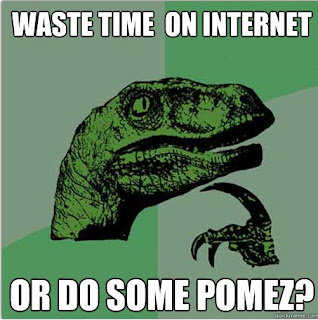 You may have noticed the recent craze for university ‘memes’, which has seen fervent posting by undergrads – not forgetting the nostalgic graduates – on social media sites, showing apparently wry, humorous aphorisms scrawled over inane images taken from popular culture and/or various dustbins of internet photography. (See article A, above.)

Some, perhaps one in ten, of these memes are genuinely funny; more often than not, though, it is only when the specificity of a popular place and/or shared event, situation or memory is ironized, as in ‘CHESTER Y U NO SMELL CLEAN?’, that the humour, for me, works. Well, it’s funny for ten seconds. If you’ve ever walked round the back of GoFresco in Chester on a Friday night. Which you haven’t. So I’ll shut up.

I think there’s something of the collective conscious at work in these. It’s a bit sad, actually. On the ‘Chester Uni Memes’ Facebook page, for instance, one poster declares that the memes are ‘actually the most intelligent thing to come out of UoC’. Great, if a joke about a kebab shop and 9 am lectures are the best the University of Chester can collectively output, I genuinely fear for this generation and its chances of negotiating youth-unemployment, recession, environmental collapse, and some of those other probably important things we might have to deal with once we graduate. Were I cleverer, and psychologically savvy, (y’know, as opposed to being simply a purveyor of the Oxford comma), I’d be willing to make the punt that these memes reflect not only the shoddy state of our educational system, wherein a lack of real aspirations have turned our bright young things into brain-farting web regurgitators, but our unconscious urge to be sated by ‘making’ funny pictures to generate three second mini LOLs for frankly banal attempts at ‘banter’. Why I’ve just spent half an hour blogging about these things anyway, I do not know. I must be – what is it called again – ah, yes, WASTING MY FUCKING TIME.

Guilty, though, your honour. Course I am. We, the i-generation, and all that. One click order – fills his shelves with poetry books and reads three pages: disproportionate to the four hours a day spent on the internet TROLOLOLOL!!!1

Posted by A Broken Fence Between Past And Present Tense at 14:33