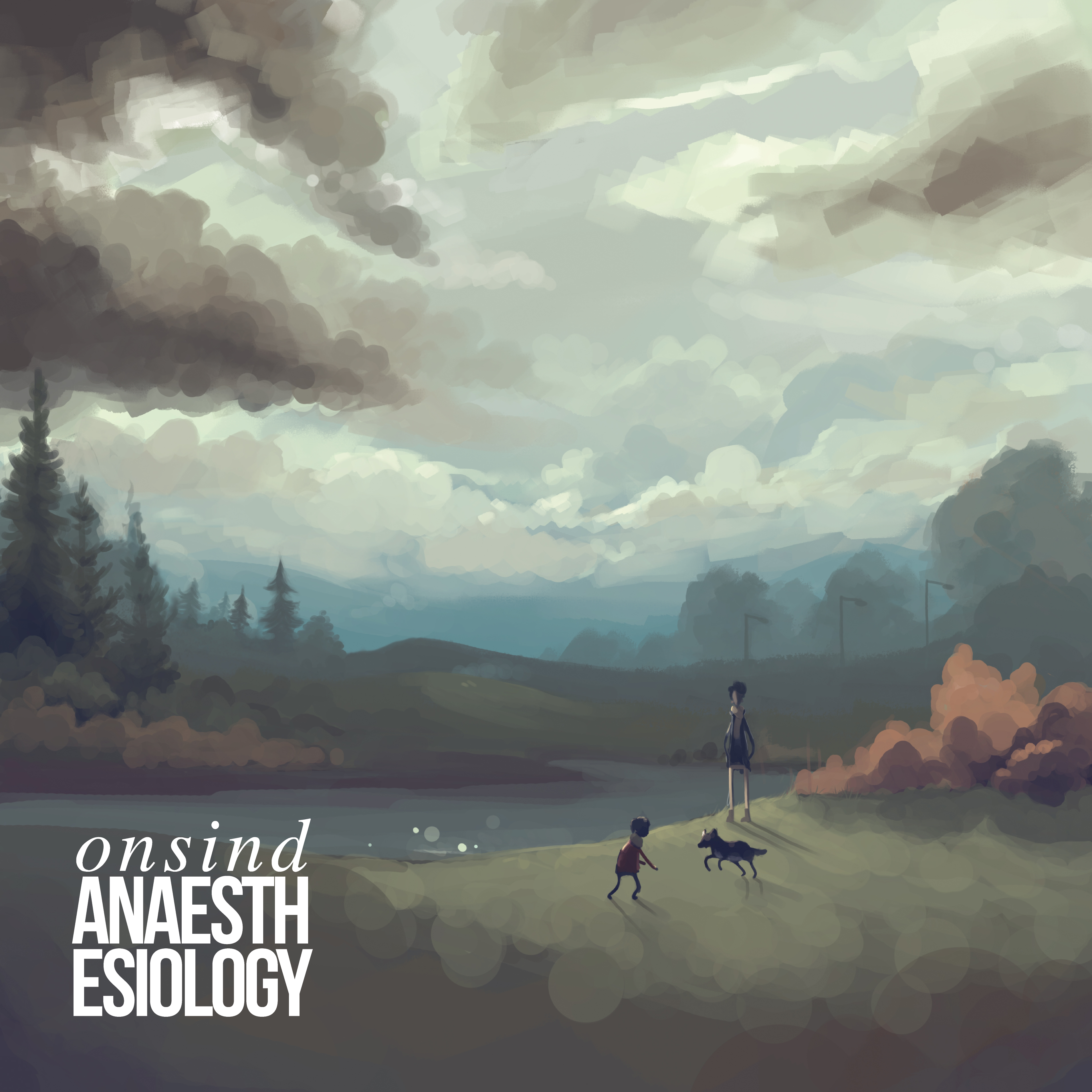 In an attempt to reinvest some life in this blog, and as a handy means of reflecting on what I critically enjoy as a writer while I’m currently not doing much writing, I thought I’d start a (hopefully) fairly regular feature: artworks that inspire me.

To kick this off, I’m going to start with a band who released their third full length album, Anaesthesiology, earlier this year. ONSIND (short for One Night Stand In North Dakota – a reference to inadequate abortion facilities in parts of North America), consisting of Nathan Griffin and Daniel Ellis, first came on my radar in the spring of 2007 when I saw them supporting Mike Park at the Bridge Hotel in Newcastle. I arrived halfway through them playing ‘Riot Don’t Diet’, whose chorus, bemoaning Thatcher’s affects on feminist discourse, goes: ‘If that’s equality I’ll eat my hat / if that’s equality I’ll emigrate in five seconds flat / if that’s equality I’ll throw myself off Canary Wharf and smash a few glass ceilings as I fall.’ Arguably not the best rhymes in the world, I’m willing to let it slip for two reasons: firstly, the song is from their demo; but more importantly, here were 2 punks from Durham in the function room of a Newcatle pub singing to a (largely white, middle-class male, NOFX t-shirt-sporting) audience about feminism (and other ‘political’ subjects). Not really par for the blast-beats and power chords course, then.

Fast-forward a few years, albums, splits and several times watching them play in some of the North East’s classiest venues (remember the top floor of The Cooperage, anyone?), ONSIND are back with what I’m going to lay on the line as the most important album by a British band this year.

Released collaboratively through Durham’s Discount Horse Records and Plan-It-X Records of Bloomington, Indiana, Anaesthesiology sees every part of this band’s repertoire become superlative. For a start, the instrumentation, which is much fuller and includes use of clarinet, cornet and trombone, makes ONSID sound a lot more like a full band than the 2-man outfit we’re used to seeing them perform as. Secondly, the scope, ambition and detail of the lyrics are now exceptional. With punk bands, there has always been a tendency to just scream ‘fuck you’ at whatever the object of derision is. ONSIND have always been cleverer than that. Partially, this must be down to the liberties (and in some cases restrictions) afforded by predominantly playing as two men with acoustic guitars, but I think something deeper – and much more interesting and important – is going on. I’ve seen ONSIND enough times live to know – and not have the fear to admit – that the songs tend to work better on record. Last time I did see them, in fact, was at the Star and Shadow’s Christmas all-dayer last year, when they previewed songs from Anaesthesiology. Live, (and I do realise making this judgement on hearing them once is probably ill-informed) those new songs didn’t stack up and I was left feeling a bit, well, like the band hadn’t progressed too far beyond being those 2 angry lads in the upstairs of a pub.

How wrong I was. Anaesthesiology is an album that needs to be listened to just like that: as an album, with good headphones on, on a rainy day.

In many ways Anaesthesiology is a concept album. Not in a wanky sense, and it’s certainly not apparent on first listen, but repeated listens begin to reveal more: more about the enigmatic Chelsea, who this album surely is some kind of ode to; and more about – as those album notes inform us – the ‘stories set predominantly in the North East of England [...] for the most part based on real events and people.’
If Chelsea is the muse for this album, David Cameron and the legacy of Tory governments is surely its target. In an age where the North East is being labelled ‘desolate’ by Tory peers, and not to mention the whole burnout of Thatcherism on traditionally working-class communities in the region, it’s both patently obvious and somehow quite refreshing that Anaesthesiology gives the Conservative party a massive flick of the Vs. Rest assured, though, if you think that this album is a one-trick-pony. Oh, no: other cheerful topics include racist immigration (‘You make your case and you go home / [...] and you go to sleep alone / But in the darkness you can hear the violent deportations / Jimmy screaming for his life on a British Airways flight.’); the callous and calculated deconstruction of the welfare state (‘A front bench of old Etonians / [...] screaming “we’re all in this together” whilst they amputate welfare’); and mental health (‘There’s something wrong with me / I don’t think I’ll ever be okay / I just take it day by day (by day by day)’).
The album’s crowning achievement for me is ‘God Hates Fags’, which, while worth quoting almost in full, somehow feels disingenuous to the band, and, oddly, to Chelsea. Based on the death and subsequent funeral of a mutual friend or family member (that we have to speculate on the exact identity of the deceased is not an indication of poor song writing, but actually testament to the sensitivity with which Griffin and Ellis broach the subject), the song steadily builds towards a sort of anti-crescendo: an elegiac refrain in which the lines ‘the world got smaller, things got harder’ really stand out as potent and grim reminders of the fact that for many, life really is [still] tough in the North East.
It is the combination of a pervasive sense of melancholy, channelled through the plight of Chelsea, and a furious resentment of corruption and greed in the wider world which makes Anaesthesiology not only the stand-out British album of the year so far for me, but the most concise rebuke to the Coalition government’s cynical policies I have seen or heard while the party(ies) have been in power. For all of this to come off the back of two lads from Pity Me, whose dedication to a DIY ethos is probably the most admirable I’ve ever come across, is testament to the strength, creativity and vitality of this region, and more importantly, to the life-affirming power that music can hold when it is done with passion, honesty and a hearty Durham accent.
Anaesthesiology is available now from Discount Horse records.
onsind.bandcamp.com
Posted by A Broken Fence Between Past And Present Tense at 15:04