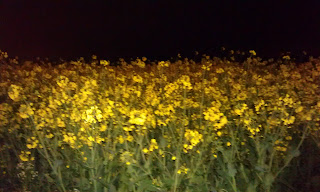 ‘It shall hang onto its pink lanes, its towers,/ Dog Leap stairs and Pudding Chares. [...] My city is hard stone, canny and clever./ Don’t give it a mirror. Let it be itself.’ – from Julia Darling’s ‘A Short Manifesto for my City’.

Castles, Collieries and Coastline kicked off night number 2 of Trashed Organ’s Festival of Belonging Fringe this evening. Earlier in the day, I attended Christy Ducker’s workshop, discovering, amongst others, the brilliant poem above. The workshop was tremendous fun and very productive: Christy’s fast-paced, no nonsense style worked well, and the group dynamic was ideal. I hope to work on several drafts from the session.

This evening, Christy was back, as was The Bridge Hotel. This place feels like a home from home for me now and it was good to see Trashed Organ back on home turf. The cosy atmosphere of the venue is only supplemented by the clank and whistle of trains making their way in and out of Central Station via the various bridges that surround the place. You would think this might detract from the performances, but oddly, it seems to enhance their significance and definitely compliments the themes of the festival.

Christy’s set comprised material from her pamphlet Armour, as well as new work rooted in the history of the Tyne and its environs; I was chuffed to hear her shedding light on some of South Shields’s lesser-known characters. Ducker’s poems are the real deal, and I say that without irony or sums of money exchanging hands: tight, musical and possessing a charm that perfectly straddles the borders between reality and myth, I’m left with no doubt that she is one to watch. Whoever was to follow Christy had to be good, and luckily Tom Kelly was the next to read. A North East favourite and all-round canny bloke, Tom’s natural gift for spinning a yarn went down a treat. I talked, yesterday, of performers who put an audience at ease; Tom does this, but he holds them over a cliff face before doing so. His poems, tonight all taken from The Time Office, speak of power struggles and our attempts to make sense of challenging circumstances. They were delivered with flair and sincerity. Pippa Little followed, reading poems of the border reivers and the effects on the women of North Northumberland and the Scottish Borders. Her sense of a largely unexplored folklore lent an urgency to her poems; women whose own histories were wiped out have found a voice through Little’s craft and I’m keen to read more, to learn of this part of the world and the secrets it hides.

After the interval, Stepaway Magazine presented five writers whose work explores the idea of the modern flâneur. Ira Lightman, Bob Beagrie, Ian Davidson, Lizzie Whyman and Keith Parker each presented work incorporating the idea of movement into writing. Lightman, whose wackiness sits just on the right side of genius, was the highlight of this set, mashing everything from a ukulele-backed reimagining of Newcastle’s town moor turning into a mountain to poems constructed from the serendipity and oddness of the auto correct functions on mobile phones. Bloody brilliant.

Finally, The Lake Poets. As someone who feels well out of their depth criticising music, I’m going to keep this short and simple: The Lake Poets are one of the finest musical acts in the North East. Martin’s voice is stunning, containing just the right amount of Mackem twang to complement the high notes. He was joined by a harmonica player, and together with backing vocals and Martin’s own guitar playing, the whole thing worked superbly. For me, though, Martin’s lyrics are what The Lake Poets are about and why the songs work so very well. Genuine, heartfelt and with a real sense of pride, his anecdotes and musings on coming from a small city by the sea, and trying to live within and without that, make for some of the most intriguing lines I’ve heard from a singer-songwriter in a while. This potted review really doesn’t do him justice, mind. Like I said yesterday, there’s always a highlight, and tonight, The Lake Poets were it.

Tomorrow: Anywhere I Lay My Head
Posted by A Broken Fence Between Past And Present Tense at 17:17